The European Council at GrunnMUN 2019

The European Union of today faces challenges from all directions: from influxes of refugees, via the question of what to do when a member state decides to quit the union, to its difficult relationship with Russia.

Yet none of these issues seem quite as salient as the potential breakdown of democracy and the rule of law in some of its member states such as Poland and Hungary. The Union has always had great enforcement power over those states which wish to accede to it, yet it has been remarkably powerless against breaches of European Law by Member States, having only the option to pursue infringement procedures, and if need be suspend voting rights in the European Council under Article 7 TEU. However, because of unanimity conditions in the European Council, multiple states in breach of treaty value are able to veto any repercussions directed at each other. The concept of illiberal democracy raises questions about the right of member states to shape their own vision of accountable institutions. Yet the EU has always mainly concerned itself with upholding free market conditions, comfortable in the thought that the democratic foundations of it’s states were a fait-accompli.

These recent developments have brought to light many weaknesses in the EU’s current make-up: If two or more states within the EU are able to cooperate in voting procedures, they can effectively sidestep any sort of punishment through their use of the European Council’s veto right. To that end, we must ask ourselves if the situation should change, and how? It is certain that the EU needs more enforcement power over its member states, including rule of law mechanisms,but this power needs to be balanced against every Member States’ sovereignty.

It will thus be the task of the delegates of GrunnMUN 2018’s European Council to discuss reform of enforcement mechanisms at the European level, and to debate the righteousness of intervention in the democratic affairs of states which are in breach of treaty values.

The Activities of the European Council

Normally, the European Council focuses only on the Union’s broad strategy and goals: Its purpose is to identify problems and challenges faced by the EU and propose strategic approaches to solving them. At GrunnMUN 2019, the European Council will still set the overall direction of the EU on a particular problem but, for the sake of a broader and more substantive understanding of the issue, also allow for detailed solutions to them in the form of resolutions, which would normally be the role of the commission. Thus, the ordinary legislative procedure is circumvented and you will have both legislative power and a final say on which laws get enacted.

For you, this means that your discussions and proposals will have a real effect on the EU and its Member States as a whole: not only will you get to decide what the broad strategy of problem resolution, you will also get the opportunity to enact and enforce important and detailed changes to the way the EU works. 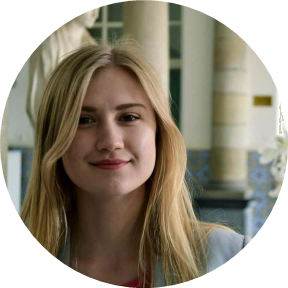 Diana Scorpan is a 2nd year student at IRIO in Groningen and she comes from Moldova, a small but beautiful country in Eastern Europe, with enthusiastic young people with whom she started numerous projects. Among them are MEP conferences, debate tournaments and national Academies for Leadership and Debate. She is one of the founders and ex-president of Moldova’s national debate organization. She truly believes that each person has a unique purpose in life and a big potential to change the world. That is why she decided to continue being active, to volunteer and organize amazing events and projects during her studies in Groningen. Diana loves to drink coffee, speak in public and meet amazing people and is looking forward to being a chair at GRUNNMUN 2019! 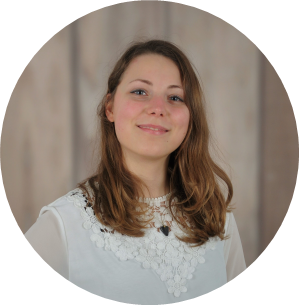 Eva is 22 years old and currently finishing the Bachelor International Relations at the University of Groningen. Groningen-born and Friesland-bred, when asked where she is from, she will probably say “The North”. She got into experience with MUN at TEIMUN 2016 in the Historical Crisis Council, and after a small-MUN break she has been active chairing and delegate-ing at several MUN and similar settings, including the recently established TEIMUN Society. In her own time, Eva is a fanatic of latin dance – salsa and tango in particular – a bigger fanatic of spicy food and maybe even most fanatic about music. Obvious thing to mention, she is really looking forward to GrunnMUN and is delighted to be chairing the European Council!