The Historical Crisis Council at TEIMUN 2019

On Crisis
On the Historical Crisis Council at TEIMUN
On Crisis

Crisis Committees are a different version of regular MUN committees such as the General Assembly, Human Rights Council and others. Whilst the aforementioned ones are known for their static nature and development, Crisis is more dynamic and requires delegates to have a certain level of experience. In essence, regular rules of procedure don’t apply in Crisis, and the topic is very general or otherwise unknown by the delegates. Where regular councils prepare delegates for the world of international legislative politics, crisis serves as an exercise in executive politics, where time pressure, charisma, creativity and a direct link between the delegates and life and death are important factors.

During the following days, the committee will have a dual structure with a front room where the delegates will be and where the sessions will be carried out; and a backroom where the director and the rest of team will make sure the sessions are carried out smoothly. They will be the ones in charge of directing the committee during the sessions, processing the input of the delegates into an overall interconnected reality to which delegates will then have to dynamically respond to again.

On the Historical Crisis Council at TEIMUN

In this case Delegates will take part in a Historical Crisis Council (HCC), which means that the crisis will be set in a real historical period. This year’s topic will be The Age of Warring States in Japan, otherwise known as “Sengoku Jidai”. Each delegate will represent a prominent character of this time period and will be required to do research on it and act alongside their personality and interests.The circumstances of this time period make it so each character has a set of objectives to accomplish which will be in direct confrontation with others.

The session will begin on a set date and therefore time will progress throughout the sessions and events will take place. The backroom will be in charge of informing the delegates about these events (which can come from the agency of delegates as much as from external occurrences handled by the backroom) and more generally, decide the way time will progress.

In Japan every daimyo swears loyalty to the Emperor; the heavenly sovereign that sits on the Chrysanthemum throne as descendant of the sun goddess Amaterasu. However, it is 1559 and the Emperor has become a marginalized symbol, still reigning from Kyoto but inconsequential except on matters of religion.

Even the Shogunate,  formerly the only central authority still capable of maintaining order, has lost its influence.  The Ashikaga Shogunate was established not on the might or wealth of their clan but rather on their prestige and relationships with the now highly decentralised daimyos. The Ōnin civil war exposed the weaknesses of the Ashikaga Shogun when it became clear that, on the battlefield, prestige is of very little consequence when faced by a katana.

The now de-facto autonomous daimyos rose to fill the power vacuum, increasing their territories and spheres of influence. As the mighty preyed upon the weak this period was also marked by Gekokujo, a time in which low conquers high. Established clans and deep rooted aristocracy were overthrown by more capable subordinates and merit trumped heritage. It was a period in which the lowliest farmer could rise up and become the most powerful man in Japan.

But it is not only the daimyo who move the shogi pieces across the board. Religious sects such as the Ikko-ikki enjoy popular support in many areas, sometimes going as far as to take the place of local governors. In 1543 the Portuguese landed on Tanegashima bringing the word of Christ, but, perhaps more crucially, firearms. In a period in which power was everything it is not surprising that the Japanese warlords adopted the musket within decades.

Will Japan once again be unified under the Shogun? Perhaps even the Emperor? Will the country fracture and crumble by continuous wars between the daimyo?


Click here to read the Background Paper on the Sengoku Jidai 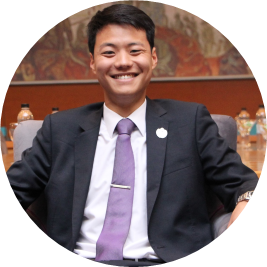 Kevin Chen, who was born and raised in the Netherlands, graduated from law school at Utrecht University where he minored in forensic psychology and legal ethics. Currently, he is in his last year of medical school, also at Utrecht University. Kevin has participated in more than 30 MUNs and knows that this year’s HCC will be a success. He especially looks forward to the informal format, open dialogue and amazing ideas the delegates will come up with in order to counter the crisis at hand. His interests consist of politics, medicine, law, traveling, socializing (preferably with a drink) and more; just ask! After a successful TEIMUN last year he knows the collaboration between the Staff and the delegates will guarantee a week he will never forget. 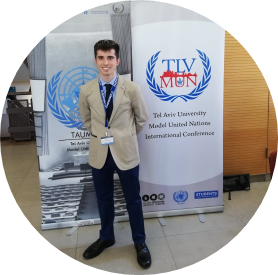 Ignacio García is a Spanish student born and raised in the beautiful city of Madrid. He is currently finishing his degree in Law and Political Science at Universidad Complutense de Madrid (UCM) and has been doing MUN continuously for the last 5 years now as a delegate, chair and backroom. His passion for International Relations has taken him from Madrid to Israel as well as passing by the Netherland where he participated in both TEIMUN editions in 2016 and 2017. His love for history made him apply for the position of Crisis director of the HCC where he will be found with the rest of his backroom making sure everyone is entertained and making the most out of their TEIMUN experience this year. Amongst other interest, Ignacio enjoys binge watching superhero series, playing video games and of course will always be down to share a nice conversation with a couple of drinks. 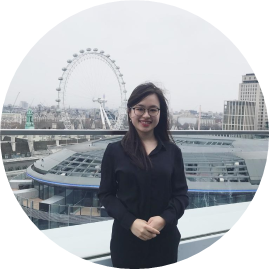 My name is Cindy Lam and I am glad to be your Backroom for TEIMUN 2019 Crisis. I was born and raised in Hong Kong until the age of 8 and have since moved to London, England. Since then, I have recently graduated from the University of Westminster, London, UK where I have completed my studies in Law. At the moment, I am taking a break from my studies where I have been travelling around to enjoy the most I can as well as taking on new opportunities.
My MUN journey have started a little less than 2 years ago at OxiMUN2017 and since then, I have been taking MUN for my entertainment with how creative and chaotic Crisis can be. This will be my 14th Crisis and perhaps my 18th or 20th MUN overall, because if it’s not Crisis, I think it takes a less important role in this counting. 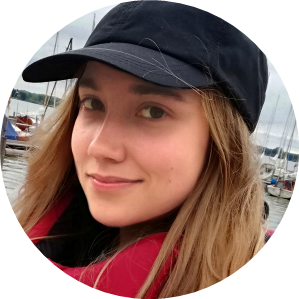 Lucia is a first year student of Security Studies at Leiden University in The Hague, enjoying her course as well as the city’s vibrant international atmosphere. After gaining her first insight into the world of Model United Nations as a delegate at TEIMUN and GrunnMUN 2018, she looks forward to actively shaping the programme as part of the staff this year. Next to researching international security threats, she is a huge history nerd with keen interest in East Asian languages and cultures. Therefore, she is especially excited to tackle the Sengoku period at this year’s Historical Crisis Committee and she hopes her enthusiasm for the topic will inspire the team and delegates and ultimately result in a great debating experience! 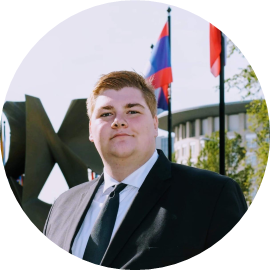 My name is Youri Moes, I am local to The Hague, having studied here for three years. I have a little Crisis experience, but this will be my first time as a Crisis Backroom staffer. I am a history buff, with history lessons clogging up my youtube feed. While I am not at conferences, I play Dungeons and Dragons, work in Rotterdam in order to fuel my various addictions (conferences chief amongst them). I’m looking forward to reading, considering, and laughing at your directives. 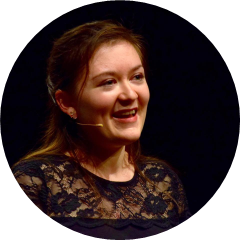 Elizabeth Chandler is a medical student hailing from the Scottish highlands, and is currently busy with her ‘co-schappen’. In addition to being a doctor-in-training, she is a veteran of the stage, having performed in and directed numerous plays and shows. From the Edinburgh Fringe festival to the Groningen University theatre Society and now comedy group Stranger Things Have Happened, she has covered the spectrum from Shakespeare to Drag. Not content with saving lives and entertaining, she is also politically active in the pan-European party Volt. She is very excited to bring a dramatic flare to this year’s crisis!