The Human Rights Council at TEIMUN 2019

The Human Rights Council with its office in Geneva as it is today is one of the younger committees of the UN: it was created on March 15th 2006 to replace the United Nations Commission on Human Rights. Its 47 United Nations Member States are elected by the UN General Assembly.

On the Activities of the HRC

The UNHRC is an inter-governmental body within the United Nations responsible for strengthening the promotion and protection of Human Rights all over the world and for addressing global Human Rights violations. It has the mandate to discuss all issues related to Human Rights and situations that require its attention, resulting in resolutions submitted to other UN bodies such as but not limited to the General Assembly and the Security Council.

Topic 1: Minorities in Favelas, Slums, and Ghettos: Ensuring a better Tomorrow for People without Rights


As the blunt disregard of Human Rights for people in slums strongly goes against the values of the UN and needs to be addressed, the HRC of TEIMUN 2019 will discuss the possible means to aid those minorities in order to provide them with better opportunities and increase their quality of life.

Be they favelas, slums, or ghettos, almost every country on this planet has poor areas in its cities which have built themselves up  over decades, harboring the poorest of the poor, who are not enjoying the basic human rights as laid down in the Declaration of Human Rights. In most countries, the inhabitants of those areas are also not allowed to vote and are generally seen as lesser people. The root causes of the existence of favelas etc. differ from country to country. However, the main overall reason for their existence is the discrimination against certain minorities, government corruption and extreme poverty. Changes in regimes have yet to find a sustainable and equitable solution to the problems.

As this blunt disregard of Human Rights strongly goes against the values of the UN and needs to be addressed, the HRC of TEIMUN 2019 will discuss the possible means to aid those minorities in order to provide them with better opportunities and increase their quality of life. The international community has attempted to assist the countries concerned multiple times, and in many cases, this has proven to be of use: with the help of Mercosur and the UN in general, Brazil has already managed to take 36 million Brazilians out of extreme poverty between 2003 and 2015. Still, murder, corruption, rape, and starvation are daily occurrences for the remaining estimated 6 % of the Brazilian population living in favelas. Similar conditions exist in many developing countries across the globe, including India, China, and many nations of sub-saharan Africa such as South-Sudan. The UNHRC needs to examine its position regarding this dire situation and consider what stance should be taken by the international community in order to bring long-term security and human rights to more world citizens.

Topic 2: Assuring the Safety of Journalists in a Globalizing World


Both the extent of the killings, the motives behind them and the way they are perpetrated are all evident that the safety of journalists around the world is a topic of great human rights concern.

Long since established in most of the world, at least on paper, is the need for a free and open media; the dissemination of information is of vital importance to the very foundation of a society that values liberty and freedom of speech. Included in numerous constitutions of the members of the international community and Art. 19 UDHR, is an expression of the importance of the media and the freedoms that should surround it. A blatant impediment to the freedom of the press is the lack of safety of journalists around the world, an issue that remains as pervasive today as it was a decade ago. According to the Committee to Protect Journalists, between 1992 and 2017 there were 1,778 confirmed killings of journalists with an additional 64 killings of journalists in 2018 alone. Among these killings is the high profile case of Jamal Khashoggi, a Saudi writer and United States resident, who was horrifically murdered inside the Saudi Arabian consulate in Istanbul on October 2, 2018. Both the extent of the killings, the motives behind them and the way they are perpetrated are all evident that the safety of journalists around the world is a topic of great human rights concern, and raises questions about the limits of state power and more generally, the integrity of a rule based international order.

Therefore, it is clear that the UNHRC must examine the topic more closely and decide what measures need to be taken in order to help resolve the ongoing issue of safety of journalists in a globalizing world. Delegates are expected to think of ambitious, long-term structural solutions to the problem. 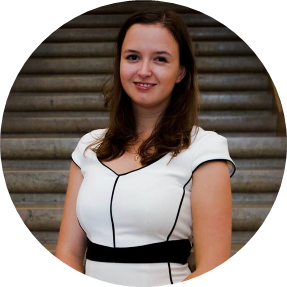 Alice is a 24 year old European Studies student from Maastricht in her final year. As her studies already suggest, she is very interested in politics and international relations, and enjoyed attending MUN’s in her free time. Most experience she gained was as part of press teams, although at TEIMUN 2018 she learned a lot by being part of the crisis team. TEIMUN 2019 is planned to be her last MUN, and she wants to round up her MUN experience by chairing the HRC. Next to uni, she loves travelling, sushi and can often be found in the local Irish Pub cheering her favourite football team, Schalke 04. Alice has had great experiences with TEIMUN already in the past three years and is excited to return to The Hague next summer! 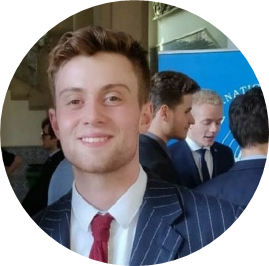 Fred Hilton is a second year International Law student at the University of Groningen. Brought up in
London, it was in high school where Fred developed an interest for the ever changing world of
international politics. After participating in TEIMUN 2018 as a delegate, Fred has become more
involved with MUN. While this is his first time Charing, Fred will endeavour to make the TEIMUN
experience as fun and engaging as his first TEIMUN conference. Outside of the realm of International
politics, Fred enjoys reading, origami and Netflix, often at the same time.