The Security Council (UNSC) is one of the six principal organs of the United Nations, established by the UN Charter. Its primary functions are the maintenance of international peace and security, the identification and management of threats to such, the promotion of international cooperation and its coordination. The UNSC must also approve any amendments to the UN Charter, effectively meaning its powers could only be curbed with its own approval.

The UNSC is composed of 15 States, five of which are permanent members with veto powers. The permanent nations are China, France, Russia, the United States of America, and the United Kingdom. The remaining 10 members alternate every two years.
Additionally, the UNSC acts as an international mediator, both politically and legally. Its powers, superior to those of any other UN organs, help to discharge the friction in the regions affected by a particular conflict. The goals of the UNSC are achieved through the fostering of negotiations, impositions of sanctions and the authorisation of the use of force in exceptional cases.

Fratelli e Sorelle Delegati (Dear Delegates),
I am a student of International and European Law and Philosophy of Political Science at the University of Groningen. I come from tiny landlocked Slovakia – the country of mountains and castles (most castles per capita). Since I was little, I liked to travel. In fact, I took my first flight when I was a mere 2 months old. The passion for meeting and experiencing new environments and cultures still persists, and it is also the reason I started doing MUNs. I have attended approximately 20 conferences as a delegate, chair, or an organiser. I have been the Secretary General of the “Best Small Conference of 2020” according to MyMUN. Throughout that, I drank an awful lot of ethyl alcohol and made wonderful “connections”. I am a fan of out-of-the-box topics and the community aspect of MUNs, without making compromises on professionalism and procedure. Via GrunnMUN, I am trying to re-invoke the passion for MUNs I once had. I also boulder, read modern classics and I am a 3rd wave coffee fanatic. My favourite Bible verse is 2Kings; 2:23-24 and I smoke Blue Camels.
Fun Fact: I will last up to 34 minutes in an industrial refrigerator. 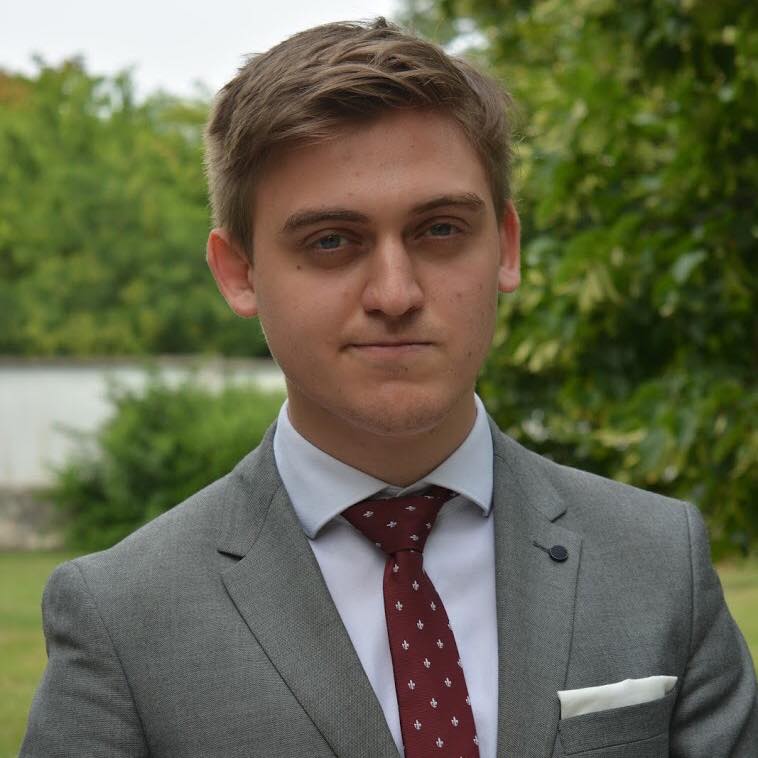 My name is Andrej. I am Slovak and I grew up in Bratislava and Brussels. I study Political Philosophy and International and European Law at the University of Groningen. So far, I have attended about twenty conferences, chaired too many committees, and organised one and a half AproMUNs. I am a recovering high school MUN addict. MUNs are great fun and greater education. I cannot wait to jump back into the tempo of a smart committee.
I live in the wonderful Korrewegwijk neighborhood of Groningen, which has its own newspaper. I also work for a newspaper, but a Slovak one. Once, at a summer camp, a rival pushed me into the Neusiedlersee. I like short walks on the beach, British spelling and Rules of Procedure.

Fun Fact: Two of my long-term relationships started at MUNs.