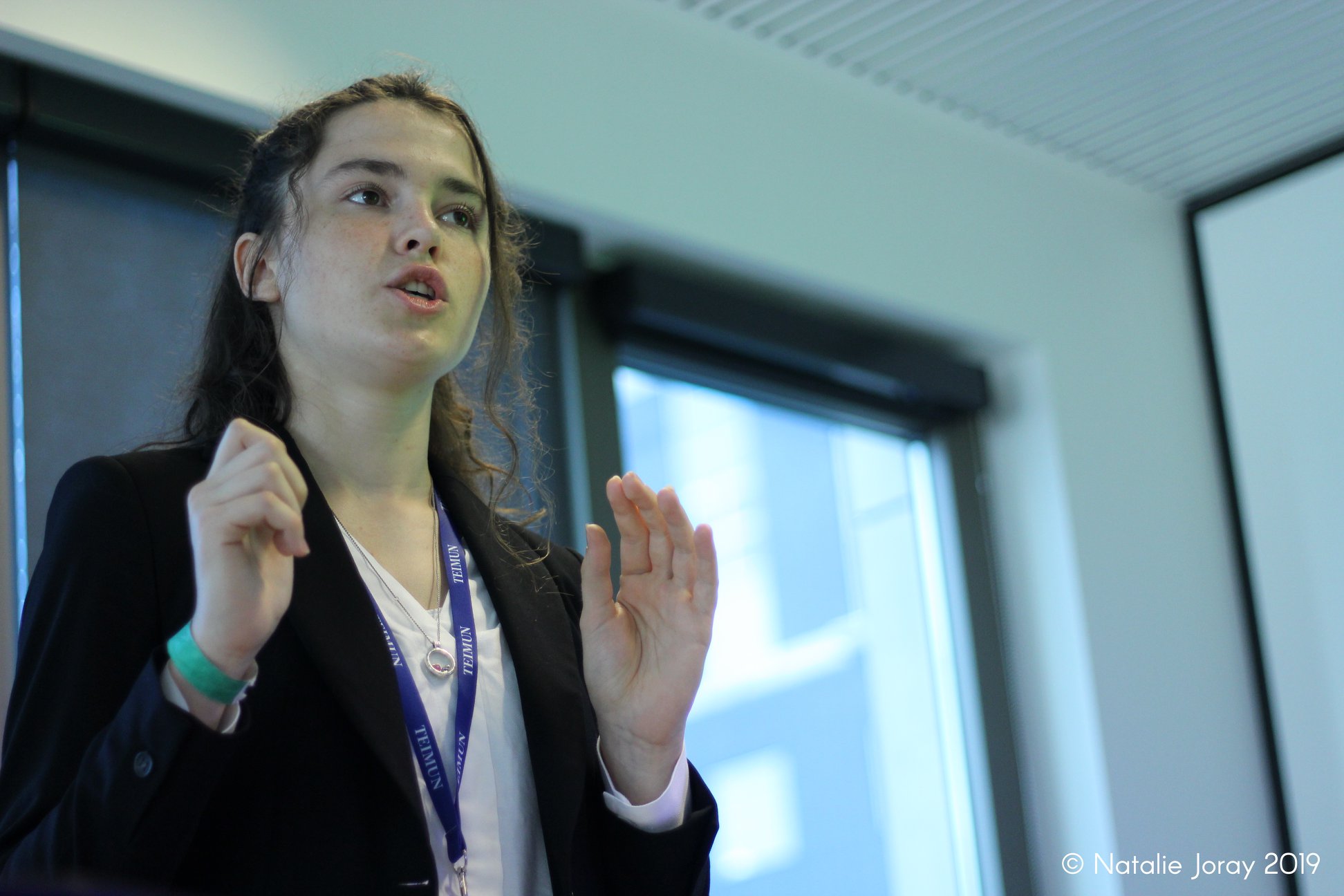 Opening speeches can be a terrifying thing. Especially if you are unsure how to strucutre them. But do not worry, I know how you feel. I have been there myself, having no real clue on what makes a good opening speech a good opening speech. In fact, it took me being at my first MUN and observing other students to learn what really makes a speech impactful. Today Im gonna share my system with you. I call it the PPP structure.

You have NEVER done anything like this before, and genuinely, you have no clue how you really ended up here. Trying to look inconspicuous, you doodle on the Notebook that was provided in your goodiebag. If it looks like you are taking notes, you should be fine right? Mentally, you are preparing yourself for the worst. You sing the Alphabet to yourself, trying to count how many more Countries will speak before it is your time.

You start panicking slightly now. How can you best get your point across? You focus once more on the speaker you are currently listening to, and the first thing you notice is the
POWERFUL way with which they start their speech.


You look at the document you wrote before partaking in the MUN. It includes your country’s standpoints, its plans and of course the things it criticises on an international level. Now you just need to find a way to bring it across, the information is all there! You made sure to be prepared. Now…you just have to make your speech attention grabbing. You yourself are barely able to really listen to the others, as nervous as you are. You ask yourself how you can ensure that you stay in people’s minds, how you make them take you seriously.

What is powerful? You could ask a question, you suppose. An audience will want to engage with you if you make them ponder a problem. Giving the answer yourself in your speech will automatically put you on the map as someone who believes in their cause and can provide steps to reach it.

Other than that, you could also go with a quote or a statistic. A Quote has the benefit of giving your speech weight, since unlike the simulation itself, its context is very real. It allows you to really partake in the roleplaying aspect of being a delegate at an MUN, as it solidifies your stance as the Diplomat of your country. On the other hand a statistic has the benefit of really staying in ones mind if surprising or interesting, and is normally build on stonecold facts.

You can’t really go wrong with a statistic. Not a lot of people will argue them, and if chosen correctly they are a valuable narrative tool to come back to during discussions

“Just make it powerful and engaging.” You think to yourself. Get the audience in, Hook, Line, and Sinker.

Two Countries left until you have to speek.

A new speaker rises, and you immediately feel an authoritative air around them. They are playing an important country for the debate at hand, and you can immediately tell by the way they act and create tension, using their voice and body. Still, this time, you try to ignore all of that, wanting to understand the point of their speech more than you want to be enthrilled by it. They could be an important ally of yours, who knows

Once again, you aren’t disappointed. While MUN Speeches are generally short, sticking to one point only really helps in making them understandable, and the structure used by the current speaker really gets its Purpose across. They mention why they have decided to adopt certain policies, and even mention your country’s name quite openly, making eye contact once and already singling you out as someone who they wish to pursue relations with in this council.

Your heartbeat slightly ticks up at that. You now do not only know what this Delegate is after, but also whom they would like to work with. You can not help but be a little bit flattered at the charming way they have included you in their speech. It really makes you want to get to know them better. The speeker sits down, and you sigh.

Damn it. Only one Country left until it is your turn.

No time to get all crazy, you tell yourself, as you try to get your pulse to come down. You already know that the beginning of your speech should have a powerful hook, you know that you need to get the purpose behind your country’s wishes across, and now…now you just have to steal the ending concept of this last speech before yours. Well, aren’t you lucky, you think to yourself. Observing how others do their opening speeches really is an educational tool in its own right…

You are suddenly and unexpectedly torn from your musings when a loud thud echoes through the room. The delegate beside you just passionately smashed their fist on the table next to yours. Are these people out here to give you a heart attack? Your brow furrows as you look at your pencil that has now fallen to the floor, and back up to the girl standing next to you. She hasn’t said anything since creating the sudden boom, and you realize that the way she uses silence makes her next words seem so much more impactful.

It’s a call to action, as she looks at every single country across the room and voices her frustration, pleads the audience to do something, to take note of the dire situation at hand. It pulls at your heartstrings, the determined way which which she speaks. She even mentions which funds to donate to alleviate the problems she so vividly describes.

Huh, you think to yourself. Power, Purpose, Problems. What a nice aliteration to have. That should really help you structure your own Opening speech.

Zero. It’s your turn. You open your mouth, and you just…start.
The next time you are actively present again in this reality, is after you have finished your speech.

The chair nods at you approvingly.
All seems well.